How did Donald Trump become president? A detailed look. 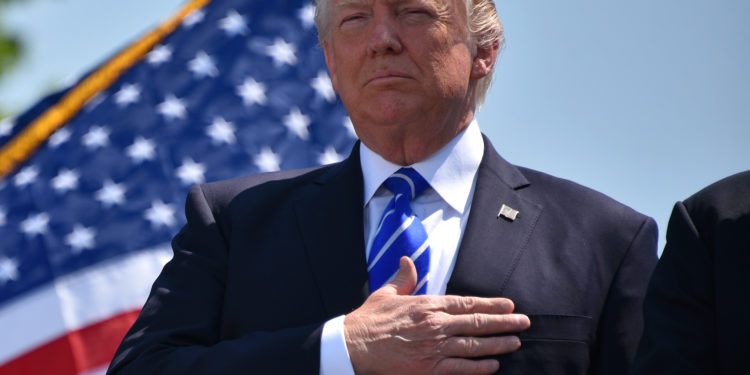 Hello! I’m sure that after nearly a year since the inauguration many of you have had to come to terms with the fact that no, it wasn’t a joke when they announced Donald Trump had been elected president of the United States. Here in the Netherlands people responded with a mixture of shock and amusement, since most people here didn’t really know what it meant for the United States or the world at large to have Donald Trump as President of the United States. However, a question a lot of people did ask was “How could this have happened?” Both within and outside the US many people seemed to have been asking themselves that question. How could someone whose name was already involved in so many scandals, who had been financially blacklisted by all the major banks in the United States and whose every speech could be summarized as “saying a lot without really saying anything” still be elected to the highest position in the world’s leading superpower?

That is a somewhat complicated story with three sides to it, which I’ll try and explain in this article. First, let’s take a look at the people who made his climb to power possible: The Republican Party. One would think a cursory glance at Donald Trump’s political experience (which was non-existent prior to his run for the presidency) or his long list of scandals he was involved in and the ongoing lawsuits against him should’ve immediately disqualified him from the nomination, much less the presidential election, but it made more sense than one might think. Trump had one thing going for him that few other republican candidates of that election cycle had: Immense brand recognition. Most Americans already knew who he was and he had a strong cult of personality revolving around him, much like Reagan did during the 80’s, and that’s what made him stand out.

However, that was not all that made Trump so popular with Republican voters. Trump’s speeches became infamous for how mercilessly he’d drag his competitor’s through the mud. Republican voters were already disgruntled with the Republican establishment and by attacking them many Republican voters were eager to embrace Trump, if only to move away from the more established figures within the Republican Party which they felt had failed to provide them the kind of policies they wanted. Add to that Trump’s rhetoric, which had been a mixture of populism and nationalism, promising to bring back jobs to the United States, end all the interventionist wars they were involved in, promising not to cut social programs and promising in the vaguest sense to “make America come first.” All of this appealed immensely to Republican voters, even those parts of the rhetoric that were technically more on the left side of the political spectrum.

His immense popularity among Republicans, his instantly recognizable brand, his lack of strong opponents among Republican leadership and the fact that he managed to turn one of his biggest weaknesses, his lack of political experience, into a strength by using it to further distance himself from the Republican establishment all contributed to him winning the Republican nomination. He didn’t so much defeat his rivals as waltz in and fill the void as a figurehead for the Republican party that Republican voters were actually willing to rally behind. He became what Obama was for the Democratic party during elections prior: A symbol.

Of course we know that while he was quite popular among Republican voters, one must ask if he was equally popular among the other largest voting groups in the country, namely Democrats and Independents. The answer is kind of shocking, and speaks volumes of why he won the election. Among independents he had anything from a 4% to a whopping 10% lead on Hillary Clinton, and disturbingly 9% of Democrats ended up voting for Trump. Where did all those voters come from?

For that we will have to look at the Democratic party. The proceedings during their nomination were vastly different from their counterparts, with the Democratic establishment pushing forward Hillary Clinton and the people voicing their support for Bernie Sanders. This was a far closer race, one that Bernie Sanders seemed poised to win. This was, in my sincerest opinion, the most crucial race in 2016. In many ways Hillary Clinton was far more competent than Donald Trump. She had decades of experience in politics, she knew how to run a campaign and raise funds and much like Trump she was one of those faces in American politics that most people even vaguely familiar with politics instantly recognized. However, Hillary Clinton was severely lacking in several other areas that proved decisive during the presidential election. She was seen as the face of the Democratic establishment (which was reviled by a good portion of its own voter base, much like the Republican establishment and its own base), he name was associated with what has become known as centrist politics (again, something most voters in the US rather rallied against than with) and she distinctly lacked the charisma Trump was renowned for, with most of her speeches falling flat and ignoring the issues Americans really cared about.

On the other side you had Bernie Sanders, a social-democratic populist who had come out of the blue to take the party by storm. He had virtually no name recognition outside of Vermont prior to this election cycle, and yet, according to a poll by the Huffington Post he was leading on Donald Trump by a massive 11 percentage points, whereas on election day Hillary Clinton had a mere 3 point lead. Promising the people affordable healthcare in the same style European countries manage healthcare, free tuition to public schools and an end to corporate lobbying interfering in the country’s elections, he became the most popular politician in the United States and remains so to this day. 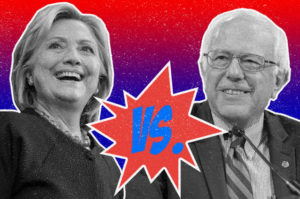 So, why did the Democratic Party decide to go with Hillary Clinton when it was clear Bernie Sanders was the more popular candidate? The biggest reason for that was undoubtedly Sanders’ policies. It’s no secret that the Democratic Party (and the Republican Party for that matter) receives a great deal of donations from large corporations and the extremely rich, which include businesses working in the healthcare industry. If Sanders had become president and passed legislation to implement single-payer healthcare, it would’ve caused prices in the health insurance market to collapse as those businesses would’ve had to compete with standard health insurance provided by the government. If he passed legislation that would’ve allowed the United States government to negotiate drug prices with the pharmaceutical industry and/or allowed the United States to import drugs from other nations, prices in that sector would also collapse. But, perhaps most importantly, if Sanders had passed any legislation that would’ve stopped lobbying by large multinational corporations or the rich to politicians, the bottom line of the Democratic Party would have its legs sawn off out from under it. Unlike Hillary Clinton, who in every speech seemed to enforce the virtues of the status quo and ignored any and all cries for change, Bernie Sanders offered the people of the United States something more. That’s the big reason why he was so much more popular.

While that explains the reasons why Sanders was highly popular, it didn’t entirely explain how he lost the nomination. That can be explained further by going into the corruption of the Democratic Party, and that can’t be discussed without mentioning voter suppression. If you hadn’t registered as a Democrat at least a year before the nomination, you were not allowed to vote. If you hadn’t voted in the last election and you hadn’t sent in a letter stating that you hadn’t moved, you were removed from the voter rolls and wouldn’t be able to vote. This, as well as other similar attempts to stop people from voting, got so bad that in one county in New York (a crucial state for the nomination vote) over 126.000 voters were purged before they ever got to cast their vote. Add to that the more recent allegations leaked by Donna Brazil where she admitted that Hillary Clinton had essentially taken control of all the finances of the Democratic Party and it’s not hard to imagine that while Sanders certainly had the support of the people, the system was rigged in favor of the less popular candidate. Hillary Clinton ended up winning the nomination, but even today allegations regarding fraud continue to circle her and the Democratic Party, including one recently dismissed lawsuit.

To many of us outside the United States, this seems abhorrent, if not political suicide. Why nominate a presidential candidate that you know has less chance of winning than the second choice? Again, this has to do with their donors. Hillary Clinton represented a safe bet for the Democratic establishment as she had shown to be a competent fundraiser with no ambitions to overthrow the money making machine and that was all that really mattered. Many of the delegates that voted for her are in office in blue states (states that are predominantly aligned with the Democratic Party) where they felt secure in their seats and the fact that in many important swing states (states whose vote typically decides who gets to be president) the lead Hillary was shown to have in the polls was within the margin of error of said polls was quietly ignored.

Trump, despite being the most unpopular presidential candidate in the history of polling popularity and setting new records as president when it comes to unpopularity, despite the fact that Hillary’s campaign was far more organized and received more finances, despite the rampant scandal that haunts Trump and his cabinet well into his presidency, still beat Hillary Clinton. Personally, I like to think that the one thing that swayed the election the most was that he did what Hillary Clinton couldn’t seem to bring himself to do: He offered the American people a better future. He might not have meant it, judging from his policies so far, but he at least made the offer.

As a foreigner myself, one of the biggest questions one might ask is “Why didn’t someone from a third party come in and defeat both of these extreme unpopular candidates?” That is because third parties are practically nonviable in the United States. Due to a number of systemic and cultural biases third parties can’t even get their foot in the door when it comes to the political system in the United States. They have massive entry fees to pay, have to get tens of thousands of signatures to be listed on the ballot, are often excluded from media attention as a matter of course and have to struggle to convince lifetime Republicans or Democrats to instead take a chance and vote on them. The third leading candidate of 2016, Gary Johnson, received just a little over 3% of the total votes, despite how unpopular the other two candidates were.

Which brings us back to “Why did Trump win the Presidency?” Unfortunately, it must be concluded that he didn’t so much win the presidency as was given a free pass by both the Republican Party and the Democratic Party. He had his strongest opposition taken out for him, with his most vocal supporters within his party turning on any Republican that dared speak out about him, and the Democratic leadership took the most viable presidential candidate of the year out of the race. Trump’s presidency wasn’t so much a political aberration as an inevitability. Trump didn’t beat the system, the system made him president.

Is Donald Trump the great businessman he ...