Is Donald Trump the great businessman he claims to be? 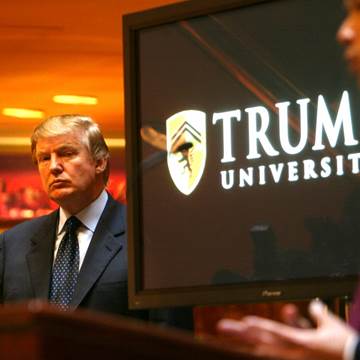 After my last post some of you might be wondering: Just who is Donald Trump? Where did he come from and what is his personal history? Unfortunately there’s a number of false narratives that surround this topic, particularly with regards to how Donald Trump amassed his fortune and his skill as a businessman. In this article I will focus on the facts surrounding his background.

Donald Trump was born and raised in New York. His childhood was fairly uneventful and he graduated in 1968 with a Bachelor of Science degree in economics. However, this was during the same period as the war in Vietnam and from 1964 to 1968. Trump avoided the draft using student deferments. However, when Trump graduated in 1968 he could no longer use student deferments to avoid the draft and was deemed fit for service by a military medical examination. 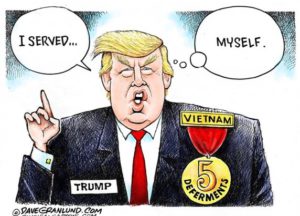 Even so, he ended up getting a medical deferment from his family doctor on account of heel spurs, which started a long-lasting rumor that the doctor in question was paid to give Trump a deferment since there was no record of Trump having suffered from heel spurs before this point (and in fact, was considered quite an athlete during his time in college). This was a problem across the US at the time, where those families rich enough to afford a family doctor were able to get deferments for their sons. Meanwhile young men who couldn’t afford their own doctor but still had significant health issues would be approved for military service and get sent off to war.

Trump began his career working at his father’s business, Elizabeth Trump and Son (later renamed The Trump Organization), which among other things owned middle-class rental housing in New York. Though he and his father were financially very successful, this era of Trump’s history is tinged with allegations of rampant racism. In 1973 he and his father were both sued by the justice department for, among other things, stating different rental terms at his locations to African-Americans who applied or telling them that apartments were not available when they were. Though they ended up settling this lawsuit, the allegations resurfaced 3 years later as evidence had surfaced that The Trump Organization continued to discriminate against minorities. 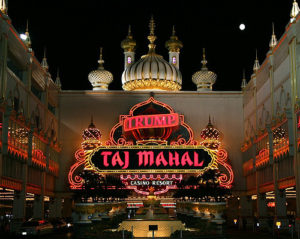 In the late 70’s and the 80’s Donald Trump was seen as one of the saviors of Atlantic City as he planned to invest heavily into the city’s hotel and casino scene. To this end he first opened Trump Plaza, followed a year later by Trump Castle. In addition, he also bought an unfinished casino from a competitor, the Thaj Mahal. Once he finished the Taj Mahal’s construction it became the most expensive casino in the world, costing him over 1 billion dollars. Unfortunately, Trump infamously mismanaged these businesses so much that his casinos filed for bankruptcy no less than four times.

Most investors had little faith in Trump’s casinos making a profit due to them directly competing with both each other and other casinos in the city and the exorbitant cost he spent in constructing them. Thus, Trump instead took high-risk high-interest loans to fund them. According to the New York Times the cost of these loans made it impossible for his casinos to be profitable. He also shifted many of his personal debts onto the businesses themselves and took money from the casinos to pay himself enormous salaries with added bonuses. This shifted the risk for when the businesses failed to his investors (and later, stockholders). To top it off, Trump also ended up not paying a great deal of the small businesses that helped him construct his casinos, many of which went bankrupt. Trump did not just disappoint his investors, but Atlantic City as well.

Infamously, his investors sued Trump as part of the bankruptcies of his casinos. He had promised them far more than what he delivered and helped destroy the businesses he created with their money. However, Trump and his lawyer were able to weasel their way out of the allegations, thus creating a dangerous precedent. Since then several businesses have used the precedent set by this lawsuit to protect themselves from legal action.

Trump was also able to buy his famous Mar-a-Lago golf course at a bargain price of 8 million dollars. Originally he had offered 28 million for it, which the owner had rejected. She already had plans for the property and didn’t want to sell it. However, Trump bought a separate beach front property near the location and threatened to build a house on it. This would have taken away the Mar-a-Lago’s ocean view and would’ve dramatically reduced its value. 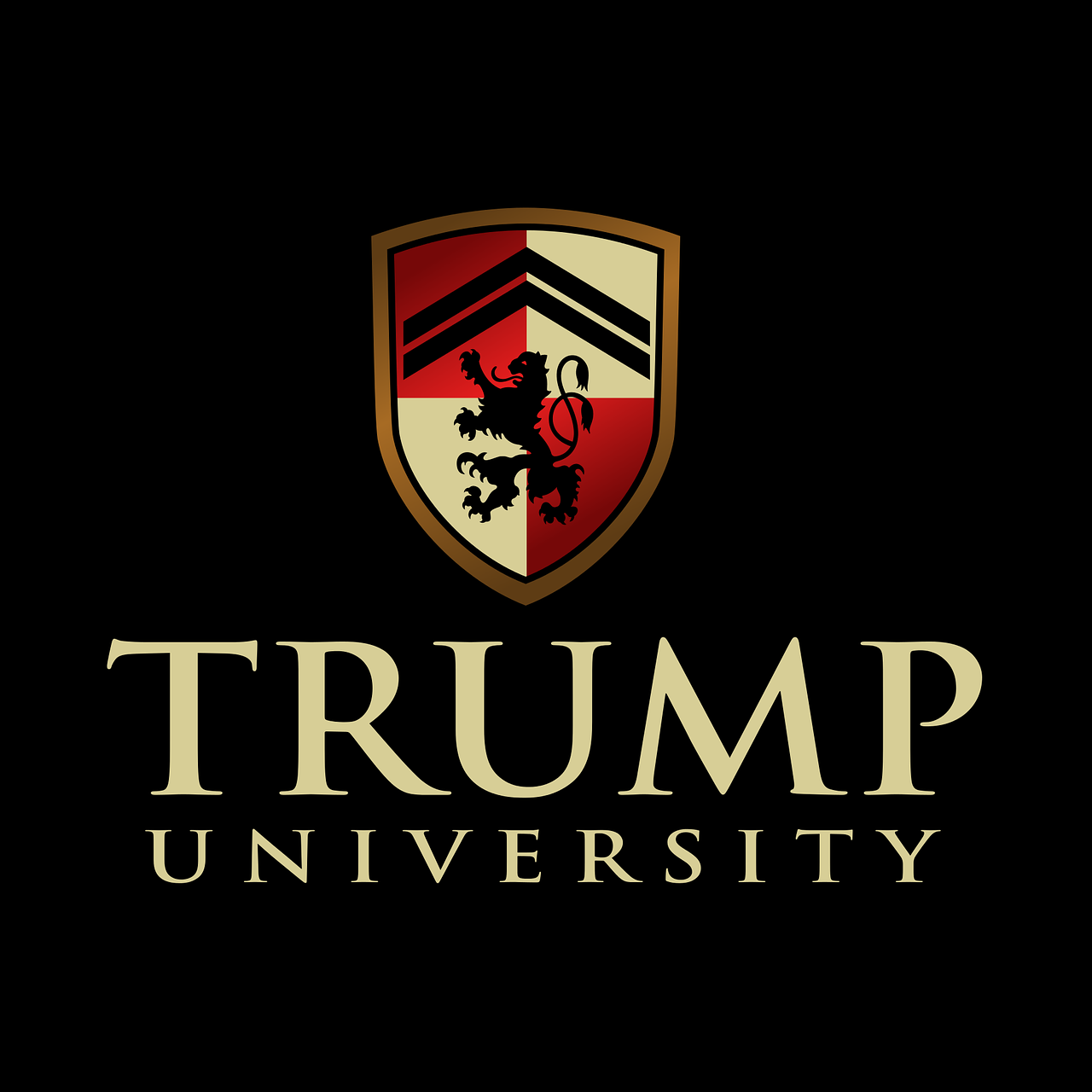 Then there was also Trump University, probably one of the most egregious examples of Trump’s business practices. Trump University advertised itself as a place where participants could learn about real estate from Donald Trump. The university even going so far as to advertise that Trump himself would be teaching some of these classes.

However, this institution did not serve to educate its participants. It was all one big scheme to cheat participants out of their money. Instructors behaved much in the way of telemarketers. They did not teach their students, they only tried to sell them ever more expensive premium courses. Despite it being advertised as such, Trump himself did not hand pick any of the instructors, did not create or review the university’s curriculum and never taught any of the classes. Trump was, however, the sole owner of the institution and therefore responsible for what it did. Trump University was shut down indefinitely in 2010 in the face of several lawsuits.

Granted, Donald Trump has made money throughout his career through legitimate means. Trump renovated several hotels throughout New York. He sold his “Trump-brand” for use on products and buildings throughout the US. Trump co-hosted a successful show in the form of The Apprentice.  However, most of these examples don’t require the immense business savvy Donald Trump is often credited with by his supporters. One could argue he was just left a fortune and an already successful enterprise by his father. The vast majority of his successes came from selling his brand, and let’s be honest, it doesn’t take a genius to be famous.

How did Donald Trump become president? A ...

What is Net Neutrality and who does ...