What threat does North Korea pose to the world? 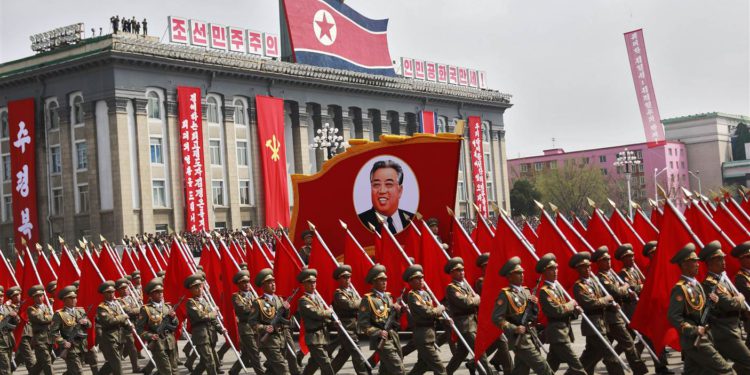 For such a small country North Korea gets mentioned in the news surprisingly often. This usually happens when the North Korean regime once again threatens the world with nuclear war. This may have led to some of you wondering: Is North Korea really such a threat to the rest of the world, and if it is, how did end up being such a threat?

In this article I’m going to start by answering the latter question first.

The story of North Korea starts over a hundred years ago, prior even to World War I. The country was annexed by Japan and ruthlessly occupied. The Japanese military ruthlessly squashed all opposition to the Korean occupation. Meanwhile Japan’s government transferred vast amounts of land to the ownership of Japanese citizens. Inequality between Koreans and migrant Japanese in Korea was high. This lasted from about 1910 to 1945. At the end of World War II Japan gave up the territories it had conquered, which included Korea.

Division of the Nation

However, an agreement between the United States and the Soviet Union divided Korea in half. South Korea rebuilt itself with the help of the United States. North Korea did the same with aid from the communist powers of the Soviet Union and China. One side was deeply anti-communism (the south) whilst the other was deeply pro-communism (the north). Both sides were intent on taking the entirety of Korea for themselves.

Border skirmishes were common in the years that followed until finally in 1950 North Korea launched a full-scale invasion. North Korea’s military had superior equipment and training to the South Korean military which led to the South losing much of its territory. The United States then launched a major counteroffensive with South Korean forces which pushed back Northern Forces to near the Chinese border. This in turn provoked the Chinese to send their military in support of the North, until eventually the war ended in a stalemate. The North and South signed an armistice that created today’s border between the two countries, but never signed a peace deal. South Korea would eventually develop from a dictatorship into a modern democratically-led capitalist society. North Korea, led by the pro-communist dictator Kim Il-Sung, became a totalitarian socialist state. Despite the ongoing ceasefire tensions between the two nations remain high as both governments consider themselves the rightful rulers of the entirety of Korea. 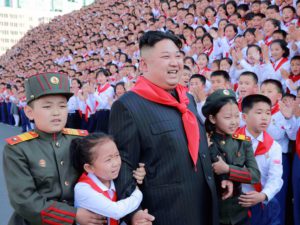 The Threat of North Korea

Now that we know the motivations for a potential war between North and South Korea, we can ask ourselves just how devastating such a war could be.

North Korea has the 4th largest standing army in the world, quite an achievement considering how small the country is. At any given time it has well over a million soldiers ready for combat. If it drew on all potential soldiers in its population this number can easily exceed 5 million. It has a great deal of weaponry and war machines imported from the former Soviet Union and its ally China. These include tanks, planes and ships.

Situation at the Border

The border between North and South Korea is also known as the DMZ, or Demilitarized Zone. The name is kind of ironic as it’s one of the most fortified borders in the world. It has the highest number and density of land mines found in any single region. There are walls on both sides of the border that are always garrisoned and the mountainous region on the northern side is riddled with hidden artillery emplacements. These emplacements could fire directly at South Korea’s capital, where it’s been estimated they could cause between tens of thousands to millions of casualties in the opening stages of a war. There has also been speculation that North Korea has a stockpile of chemical and biological weapons. The use of these would be devastating to say the least.

Thankfully, North Korea’s military tech is far behind the rest of the world. Most of its planes, tanks and ships were developed and built during the Soviet era. It has no military grade satellites and lacks many of the advancements made in the past few decades. The isolated nature of the nation has worked against it in that regard.

That being said, it’s important that we do not underestimate North Korea’s military power. An invasion of North Korea would not be comparable to the war in Iraq or Afghanistan. North Korea has been preparing for war for half a century, and any attempt to invade it would cost an unbelievable number of lives, despite the advantages in technology South Korea and its western allies have.

On top of that, we have to take into consideration the fact that North Korea has nuclear weapons. It’s very unlikely that North Korea would use  these against the United States. The United States has excellent early missile detection and defense systems in place. Instead, we have to be concerned about potential targets closer to Korea. South Korea is certainly within range, as well as Japan. A nuclear device fired at either country could cost millions of lives in the time it takes for the missile to travel.

What are the odds?

So how likely is a war with North Korea? We spent about 60 years with a tenuous peace on the Korean peninsula. Is it possible for that to change overnight? 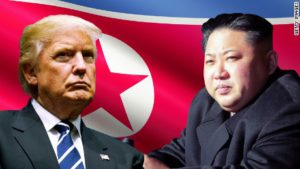 Thankfully, I’d say the chances for this to happen are low. The biggest reason why people are afraid that a war with North Korea could start World War III is because North Korea still has an ally in China. If war occurred in Korea and China opted to back up North Korea, it would most certainly lead to World War III. However, China is growing into the world’s largest economy. This is a position China is unlikely to want to give up, and nothing damages the economy like a war in one’s backyard.

China has a lot of leverage on North Korea. Food shipments from China are all that’s preventing another great famine in the country,  and much of North Korea’s trade is with China. As long as China doesn’t want a war in Korea, it’s unlikely North Korea would commit to one. By extension, the North Korean regime knows that there would be dire consequences if they opted to use nukes. As isolated as North Korea is, its relations with China are probably the biggest reason there hasn’t been war on the peninsula in about 60 years.

For those of you that have sleepless nights about the potential for war in Korea, don’t worry. While North Korea has nuclear capabilities and the nation itself is nothing short of a humanitarian disaster, the chances for a full blown war between the two nations remains small, despite the near-daily provocations of the North Korean regime.

What is Net Neutrality and who does ...