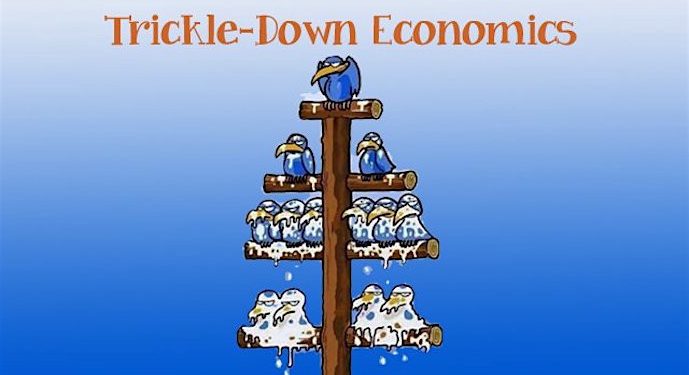 As another vote looms over the budget proposal, it’s a good time to start talking about the concept of “trickle-down economics.” Also known as “Reagonomics” or “supply-side economics,”  it’s the concept that if you cut taxes on the wealthy and large corporations it’ll make said wealthy and corporations invest that extra money back into the economy. They open up new factories and businesses, which creates new jobs. The idea is that in the end, everyone benefits if the wealthy become wealthier. However, the theory has far more opponents than supporters. 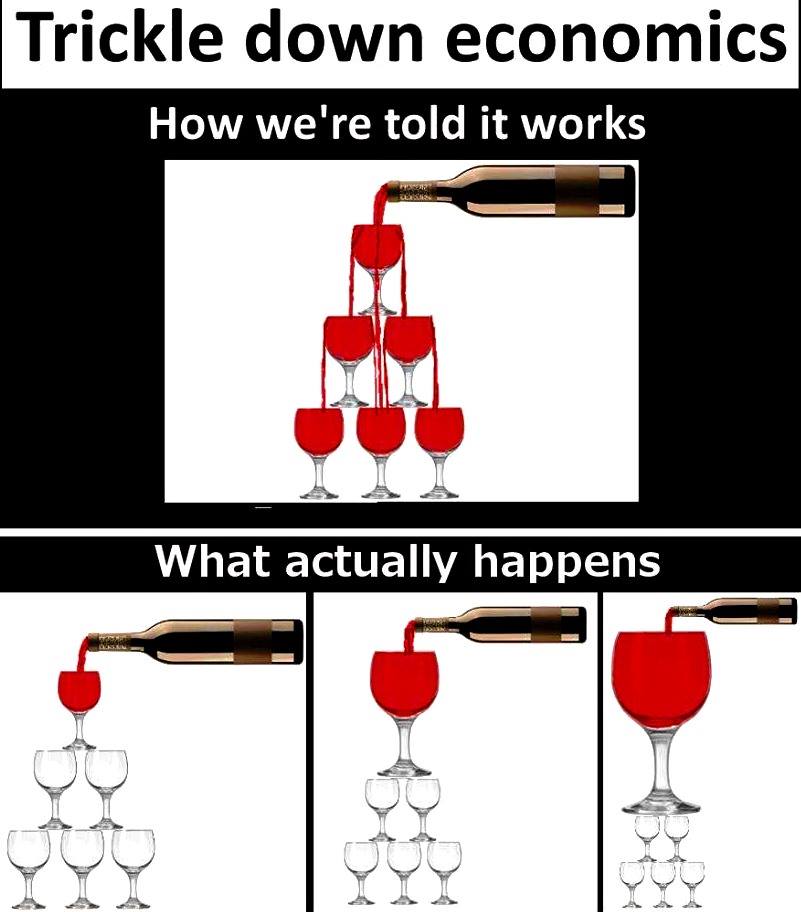 Trickle-down economics is actually a fairly old concept. Back in 1896 the presidential election of that age revolved around whether the United States should continue to use solely gold as its monetary standard. This made it easy for the United States to trade with many other nations who did the same. However, with that standard came the issue of the supply of money. Due to the rarity of gold, it would limit how much money could be in circulation at any time. Opposite to the “gold standard” was the “free silver” movement. This movement proposed that silver should also be minted into valid legal tender. This would cause inflation in the long run (due to the lower value of silver) but would allow poorer Americans (especially farmers) to pay off their debts far more easily. The big losers of such an economic strategy would be the people that held those debts, bankers and creditors.

William Jennings Bryan used the concept of trickle-down economics in his famous “Cross of Gold” speech. In this he explained the concept:

“Mr. Hoover was an engineer. He knew that water trickles down. Put it uphill and let it go and it will reach the driest little spot. But he didn’t know that money trickled up. Give it to the people at the bottom and the people at the top will have it before night, anyhow. But it will at least have passed through the poor fellows hands. They saved the big banks, but the little ones went up the flue.” – William J. Bryan

After the turn of the century, the United States officially adopted the Gold Standard. This ended the conversation regarding silver for the time being. 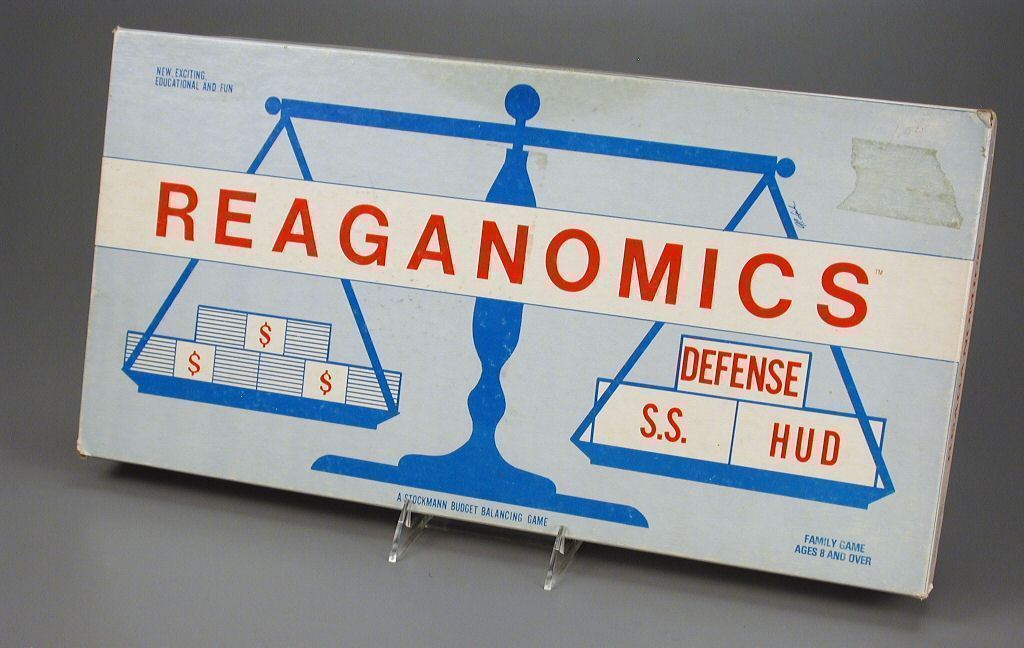 However, trickle-down economics as a concept became most famous under President Reagan. Reagan popularized the concept by advocating it and implementing it throughout his term in office. During the 80’s, Reagonomics caused an economic boom. Investment went up, spending power went up and the stock market did very well. However, this did not come without a cost. It caused an economic recession shortly afterwards, caused wages to stagnate and caused the creation of a new class in America: the working poor. Those so poor that even when working full-time they cannot provide for themselves on their salaries alone.

George Bush (the 2nd) also implemented trickle-down economics in his term as president. Again, the idea was to drastically reduce tax cuts for everyone (especially the rich) and deregulate the economy in an attempt to spur economic growth. Again, it didn’t work. Despite the fact that tax cuts to middle class families were expected to grow the economy, the tax cuts to large corporations mixed with deregulation of the banking system resulted in the economic crash of 2008, undoing any positive effects the tax cuts might’ve had. Even so, the wealthy didn’t stop becoming wealthier, while the poor of the United States became poorer, and wages for the middle class continued to stagnate.

History tells a tale regarding trickle-down economics that repeats itself over and over. It causes short-term growth, but most of it is growth for the wealthy. The middle class might see a benefit, but only a short term one as their wages continue to stagnate, preventing long term benefits. Meanwhile, the tax cuts are universally always cut from the budget of social services, which overwhelmingly impact the poor.

Unfortunately, the recent claims by the Trump administration have to be called for what they are: Propaganda. Trickle-down economics has never worked. Most of the “facts” used by proponents of trickle-down economics have no basis in reality. Think of someone owns a factory that pumps out Ferrari’s to the tune of billions of dollars every year. This person already has the money to build a new factory if there was a demand for more Ferrari’s. In fact, he’d be silly not to when he stands to earn billions more. However, if he’s already producing enough to match the demand in the market, he’s not going to build more factories even if he suddenly gets more money. Studies show that money either goes to overseas tax havens or to their investors, not to the people working at the factories or offices.

The US Government Shutdown; What Does It ...

The Two-Party System: How it destroyed US ...