For years now the United States has suffered beneath mass shootings. These are events when a lone gunman takes up his firearm and shoots innocent civilians. Gunmen sometimes do it for political reasons, and sometimes to take out his frustrations. Regardless of the gunman’s reasons, these shootings always succeeded at flaring up the debate around gun control.

In this article I will talk about why mass shootings happen and what the talking points around gun control are.

The United States leads the world in gun violence by a landslide.

Around the world people keep asking themselves how these shootings keep happening. Access to firearms aside, how can so many individuals in the US suddenly decide to go on a killing spree? Politicians often say that mental illness is at the root of the problem and that mental healthcare needs reforms. Indeed, like much of the rest of the healthcare system in the US, mental healthcare too is mismanaged and underfunded.

Of course, the Trump Administration’s most recent tax plan stood to cut even more funds from mental healthcare, so how much the current administration really is committed to reforming the healthcare system stands to be debated. However, experts have stated that mental illness is actually only a tiny part of the cause of mass shootings.

So what does cause someone to go out and commit mass murder? Studies have concluded that it’s not mental illness. In one study experts believed it may be a desire for fame, either for the gunman or a cause. Other studies point to growing radicalism in the US. However, while easy access to firearms are not considered the root cause of the mass shootings, it is seen as one of the reasons why they’re so much more common in the US compared to the rest of the world.

Politicians have proposed various solutions to mass shootings. The left-wing typically proposes gun control laws that would seek to keep guns out of the hands of the mentally ill. The right-wing proposes a reform of mental healthcare to more quickly identify those who need it and provide easier access. There are also those who propose turning every public building into an armed fort.

Of these solutions, only gun control seems to be a valid way of turning the tide of massacres. After all, we already concluded earlier that mental illness is not the root cause for these shootings. Similarly, having armed personnel on site also does not deter shooters. In the recent Parkland shooting, the armed guard at the school did nothing to prevent the tragedy. I don’t mean to imply he should have done something, but rather, the threat of armed guards does not deter these shooters.

Experts agree that it’s hard to predict what the future will hold for the United States. Mass shootings have become an epidemic in the nation for years, but there’s little political will for change. However, in contrast to common belief, this is not because of some corrupting influence by the NRA. Rather, gun control is such a polarizing subject that most politicians, left or right, avoid it entirely. Between gun control advocates and supporters of the second amendment, there seems to be little room for compromise, and that creates political inaction. 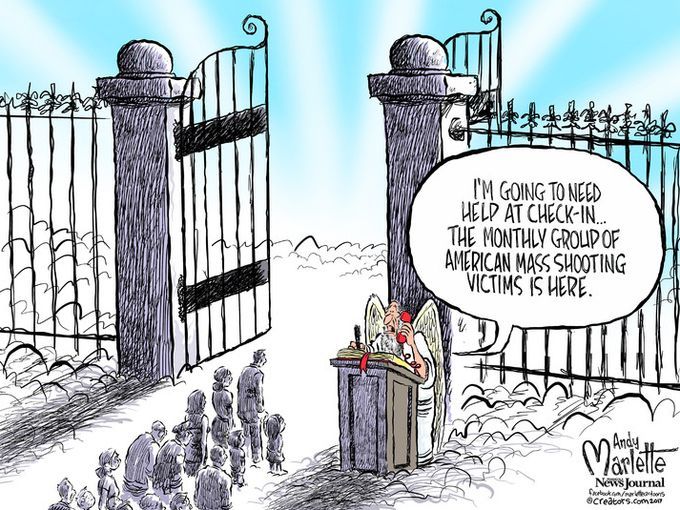 Societies both inside and outside the United States will continue to birth those who seek to commit violence. In the United States, these individuals also have easy access to the firearms with which to commit violence. As long as the problem doesn’t get attacked from either of those two angles, it’s likely we will continue to see mass shootings happen.

The Two-Party System: How it destroyed US ...