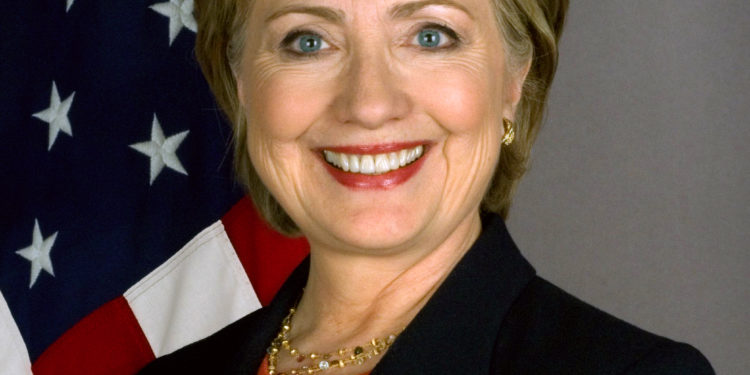 Hillary Clinton has been in the political spotlights for a long time. Ever since her husband became the 42nd president Hillary Clinton has played a major role in American politics. She chose to make herself scarce since the 2016 election, but we occasionally still hear her name being dropped. Since she lost to the most unpopular presidential candidate in history, people might ask themselves: Why?

In this article I will focus on Hillary Clinton and her history as a politician and why she’s still relevant today.

We can argue that Hillary Clinton began to become active in politics in 1964. As a student she worked with young Republican groups to aid in the campaign of the Republican candidate of that time, Barry Goldwater. After hearing a speech by Reverend Martin Luther King Jr. she decided to become a Democrat in 1968.

During the 1976 election she worked on the campaign of Jimmy Carter while her husband Bill Clinton was elected Attorney General. After 1978 Bill Clinton spent a non-consecutive decade as governor before running for President in 1992. This is where the controversies began for Hillary Clinton.

Bill appointed Hillary as the head of a special task force meant to come up with a solution to the nation’s problems with healthcare. The right-wing responded with immediate criticism, even more so when Hillary chose to close the task force’s meetings to the public. This task force proposed to switch the nation’s system of healthcare to universal healthcare, but was met with great resistance by conservatives, libertarians and the health care industry. These three groups worked together to launch a campaign against the task force and by extension the Democrats. In the elections of 1994 the Democrats lost control of Congress, which meant they wouldn’t be able to pass their agenda any further. This meant the end of the healthcare task force.

Interestingly, Hillary Clinton’s current stance on healthcare is vastly different than the one she had while leading the task force.

During this period the Whitewater scandal took place. The Whitewater scandal involved a close associate of the Clintons, Jim McDougal. He owned a bank, Madison’s Guaranty Savings and Loan, which he used to finance a construction project called Castle Grande. However the costs of the project exceeded what McDougal could finance through his own institution due to legal caps. He could only loan 600.000 dollars from his own bank, but needed 1.5 million.

He used several intermediaries to get the funds from his own bank anyway. Federal officials caught wind of this and launched an investigation. This caused Castle Grande to fail and caused McDougal’s bank to end up in financial distress, requiring a bailout by the government. The reason the Clintons became a part of this investigation was because they also had a financial stake in Castle Grande.

Ultimately, the Whitewater investigation failed to come up with enough evidence to indict either of the Clintons.

NAFTA was a trade deal between the US, Mexico and Canada to create a free trade zone between the three countries. The Clinton administration pushed it through, with Hillary openly voicing her support. While it has been credited to have boosted the overall US economy, a small number of businesses that were vulnerable to unfair competition through Mexico were decimated by the deal. In particular the auto industry lost hundreds of thousands of jobs due to competition in areas with far lower wages.

To this day, NAFTA has remained a sore point in the career of both Clintons. It’s undoubtedly why Hillary Clinton flip-flopped several times on her stance on the TPP.

The Lewinsky scandal is probably one of the most famous in American history. In 1998 president Bill clinton stood accused of having had sexual relations with an intern at the White House. As Hillary Clinton’s part in this story is relatively small, I’ll keep this section short. Bill Clinton denied the allegations, but was later forced under oath to confess to having had inappropriate relations in the Oval Office. Congress voted to impeach the President, but the vote didn’t pass the Senate and Bill Clinton was allowed to continue his term. He paid a fine for giving a misleading testimony and has been disbarred from presenting cases to the Supreme Court.

The marriage between the Clintons managed to survive this scandal, but it left a mark on both of their careers.

After the Clinton Presidency, Hillary Clinton went on to serve as a Senator. This part of her life is mostly free of controversy. According to her voting record, she is predominantly center-right. This is likely why she couldn’t get the support of Progressives during the last election. She also voted in favor of the Iraq war, giving her the impression of a war hawk.

After a bitter battle to try and become the Democratic Nominee in 2008, Barrack Obama surprised everyone by approaching his earlier opponent Hillary Clinton for a position in his cabinet. It was an unprecedented move, but after a while Hillary Clinton decided to accept the offer and give up her seat as a Senator. Her tenure was, again, mostly uneventful until 2012.

On September 2012, members of an Islamic extremist group attacked the US embassy in Benghazi, killing two US citizens. They later also attacked a CIA compound in Benghazi, killing two agents there. The Obama administration blamed the attack on a spontaneous protest to a video the locals found offensive. Investigators later found that officials already knew this had been a premeditated attack.

This turned into a full-scale investigation into Hillary Clinton. Right-wingers blamed her for either not having reacted to intelligence that indicated a potential attack was coming in Benghazi, or that military assets meant to protect these two locations in Benghazi were not in position to respond to potential threats.

Investigators concluded that no one in the Obama administration was to blame for the result of the Benghazi attacks. Even so, the investigation remains one of the most criticized and strictly partisan efforts in recent US political history. The only thing the investigation turned up was that Hillary Clinton had used a private email server. Investigators later concluded that her use of a private server was inappropriate, but not criminal. Republicans have launched several additional investigations into the matter since then, all of which came to the same conclusion.

The 2016 Democratic primary offers, in my eyes, the most scalding example of Hillary Clinton in action. Essentially, by 2016, the Democratic party was broke. The party funneled most of its money to consultants, even when they weren’t needed. The Democrats had many no effort to stop the gap for the 2016 election cycle. 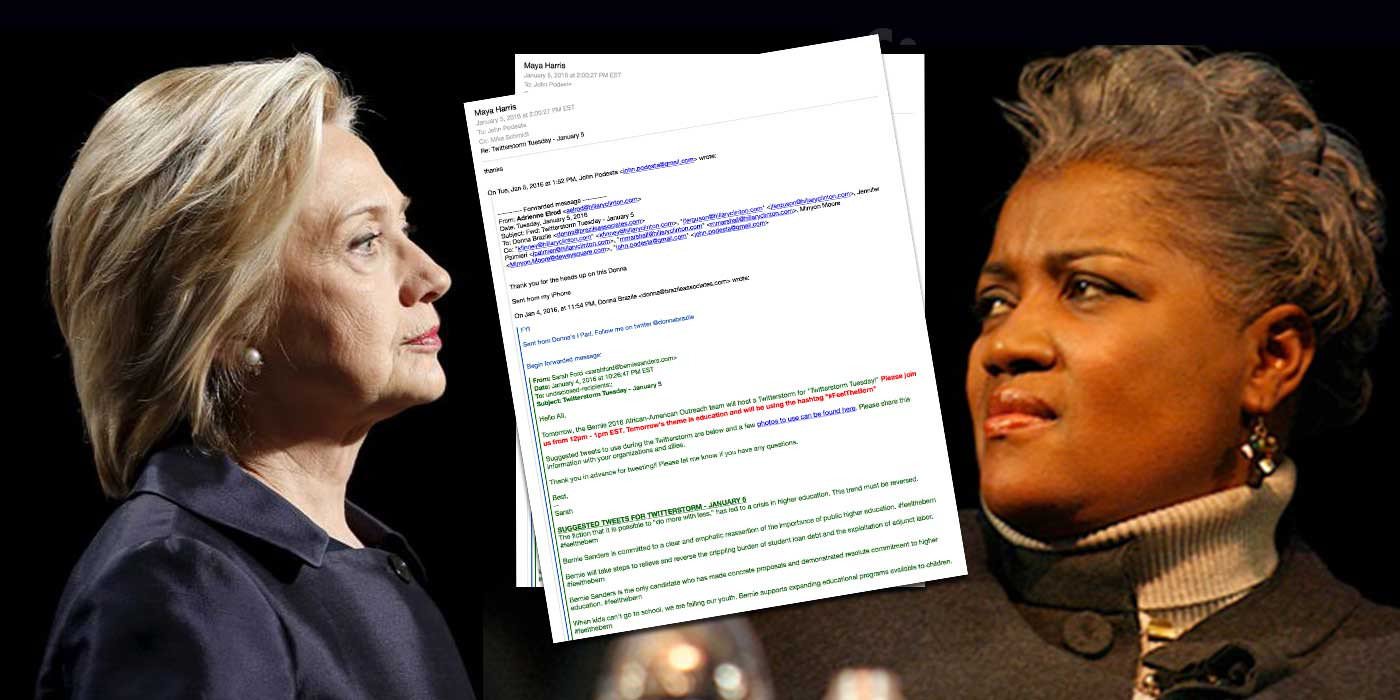 In fact, Florida Rep. Debbie Wasserman Schultz was leading the fundraising efforts for the Democratic Party. She mismanaged the party payrolls, keeping many consultants on pay outside of election cycles. As the party accrued debt because of this mismanagement she handed over the entire party’s finances to the Clinton campaign. The Clinton campaign then proceeded to take control of the DNC. They put the DNC as a whole on an allowance to pay off its monthly expenses. On top of that, they started using the DNC as money laundering organization.

In a way, Hillary Clinton had an iron grip on the money flowing through the DNC. This gave her an unfair advantage over her opponent and access to funds that weren’t meant for her campaign.

Hillary Clinton’s political career speaks volumes of why she was unable to beat Donald Trump. Her center-right policies have left her with too few supporters to be a valid candidate. After all, Democratic voters fall on the left side of the political spectrum. She wasn’t going to find support for her policies there. Meanwhile, right-wing voters flock to Republicans, not center-right Democrats, and Hillary Clinton was nothing if not a poster child for center-right politics.

Even disregarding all the other controversies across her political career, her attempted takeover of the Democratic Party in 2016 further proves how terrible of a candidate she really was. Anyone who believes in the democratic process would agree that the actions of the Clinton organization are borderline criminal.

Personally, I believe the Democratic Party cannot move forward, or even remain electorally viable, as long as they continue to support candidates like Hillary Clinton. Center-right policies are not doing the party any favors. The politicians that push for center-right policies have already shown to do anything to keep themselves in power. It’s time to move the party where it belongs: To the left.