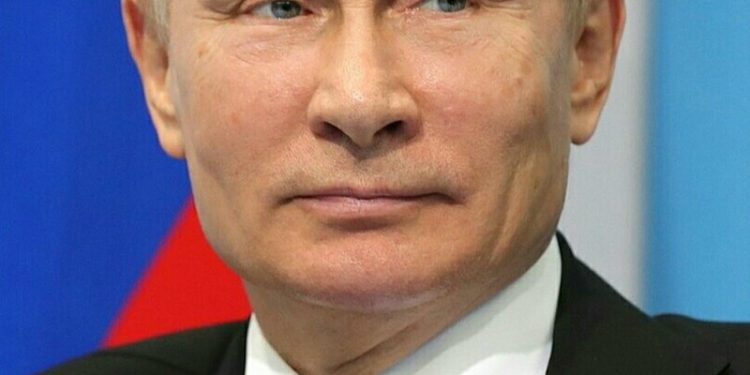 Vladimir Putin is quite possibly the world’s most dangerous man. He’s leading one of the world’s superpowers as a dictator with unchecked power. International organizations hold him responsible for several assassinations worldwide. Meanwhile he plays a dangerous game with the rest of the world in Eastern Europe.

So, who is Vladimir Putin, and what are the reasons he’s so dangerous?

After Putin graduated, his very first occupation was as a member of the infamous KGB. This organisation was part of the Soviet Union and focused on gathering intelligence and performing counter-intelligence for the state. Even so, Putin’s early career was fairly uninteresting, as he spent most of his time doing paperwork. He sorted through the vast amounts of intelligence the KGB gathered, the majority of which was useless information.

Later, in 1985, he adopted the persona of a translator in East-Germany, where he took on a role more in line with what most people expect from a KGB agent. He was there to compromise foreign dignitaries, gather information about the local political opposition to the Soviet Union and to travel under cover to West-Germany to spy on western forces. In 1991, as the Soviet Union crumbled, Putin resigned, stating “he knew which side he wanted to be on.”

Following his exit from the KGB Putin instead dove into politics. He took office as the head of the Committee for External Relations of the Mayor’s Office of Leningrad. Here investigators subsequently charged with fraud one year later. He made a deal to allow the export of about 93 million dollars worth of metals in exchange for food aid that mysteriously never arrived, but was allowed to continue serving anyway.

Putin gradually worked his way up the ranks of the Our Home – Russia party, gradually drawing more power to himself. In 1999 he was appointing acting Prime Minister of Russia by President Yeltsin. President Yeltsin openly supported Putin as his successor, to which Putin pledged to run during the next election. While he had many rivals, Putin’s growing popularity during this time allowed him to gain the upper hand, solidifying his position as Yeltsin’s successor.

Several months before the next presidential election, President Yeltsin unexpectedly resigned, which made Putin Russia’s acting President. This is where his reign began, and one of his first acts was pardoning President Yeltsin and his entire family from any corruption cases against them. Corruption was rife in Russia both during the Soviet Union and afterwards, and there was at least one ongoing lawsuit against relatives of Yeltsin. This set the tone for how Putin would run his country.

After he won the elections in 2000, he made a deal with Russia’s oligarchs, who up till then had considerable power in the country. He allowed them to keep their power, as long as they stood behind Putin and his administration. A great many of these oligarchs would retain close ties with Putin and help him run his regime.

Putin kept hold of power in Russia since then. However, he couldn’t run for office again in 2008 after his second term. The constitution forbade it. However, he put a puppet in power in 2008 which openly admitted the plan was to hand power back to Putin all along.

Putin has since then experienced unrivaled popularity in Russia, despite numerous human rights violations. This is because Putin has created a persona around himself as the proverbial savior of Russia. Whereas the Russian economy had all but collapsed under his predecessors, Putin’s policies revitalized it. His strong stance against western powers has played into the anti-west sentiments that remained in Russia after the Cold War. His recent annexation of the Crimea has played well with Russian nationalists, who consider the area a part of Russia’s heritage.

As a result, Putin’s approval rating among his own people is a record breaking 88%. Of course, the rest of the world views him very differently.

If Putin is notorious for one thing, it’s that he cares nothing for international law. Here follows a short list of his most notorious offenses.

Though Putin enjoys overwhelming popularity in Russia, there are still those who would criticize him. Unfortunately, standing up to the regime is dangerous. There’s been a great deal of evidence that Putin  had many Russian citizens that openly criticized him or his policies murdered. Such individuals run the risk of being poisoned, stabbed by a random passerby or beaten to death by an angry mob. Russian officials will deny responsibility and often claim the murdered was a random psychopath.

International organizations stated that Russia is not considered a Democracy anymore. This is mainly because of how the current regime operates. Whenever there’s a serious challenger to Putin’s seat, the regime charges that opponent with a crime. To the regime the nature of the crime is irrelevant, since convicted felons aren’t allowed to run for office. Thus, Putin can pick and chose his own opponents, and he never chooses a winner.

The regime also suppresses and persecutes opposition parties. Members of opposing political parties are often arrested and thrown behind bars for decades. The state runs propaganda to support the current regime, and has been involved in the creation of paramilitary groups that support the regime. This creates a hostile environment for any organization seeking to challenge the status quo, thus keeping the country under the regime’s control. There are some “opposition” parties the state does not persecute, but these are usually just puppets that are ultimately loyal to the regime. They exist only to give the country the appearance of a functional democracy.

Lastly, there’s also fraud in the election itself. There’s good reason to believe the system has been corrupted entirely. There’s been reports that a great deal of the votes cast during the last election were in fact cast by “phantom” voters. As usual, the Russians themselves deny these allegations, but it’s becoming increasingly clear that in Russia there can only ever be one winner, and that’s Putin.

Annexation of the Crimea

As the Ukraine went through what was effectively a civil war, Russian forces stepped into the Crimean Peninsula and annexed it. According referendum held by Russia, a majority of the Crimeans wished to join with Russia, which became their justification for annexation. While historically Russia has some claim on Crimea, the annexation was clearly unlawful. Most other nations in the UN continue to recognize Crimea as a part of the Ukraine. 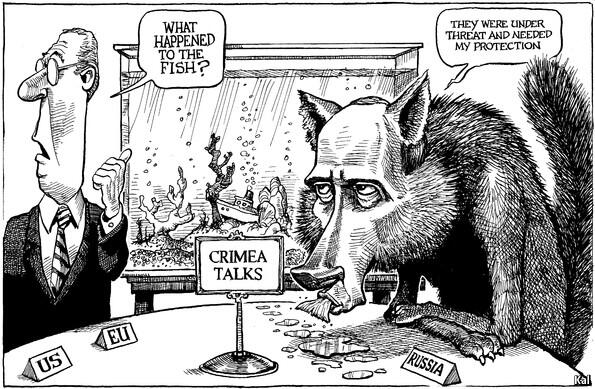 Even so, taking the Crimea was a bold move on Putin’s part. Had the UN intervened (which strictly speaking, it should have) it could’ve sparked a full blown war. Even so, the event has laid the foundations for the fear that another cold war is approaching, or potentially another world war.

Support of the Assad Regime

Russia’s current regime is a direct military ally of Assad. In fact, Russia has made possible the bloodiest war in the 21st century thus far, the war in Syria. Russia has provided Assad with the weapons he needed to fight this war and even joined in strikes against rebel factions. International observers have accused this joined force of targeting civilians, in which case the Russian regime is equally responsible for the hundreds of thousands of deaths the war has already resulted in.

Vladimir Putin truly is one of the most dangerous men alive. There’s few people in the world he can’t have assassinated if he so desired. He’s helped to destabilize large regions of the world, including the Ukraine and Syria. He is directly responsible for numerous human rights violations in his own country. He could single-handedly bring about World War III, or even nuclear Armageddon, and there’d be no one in his administration with the power to stop him. 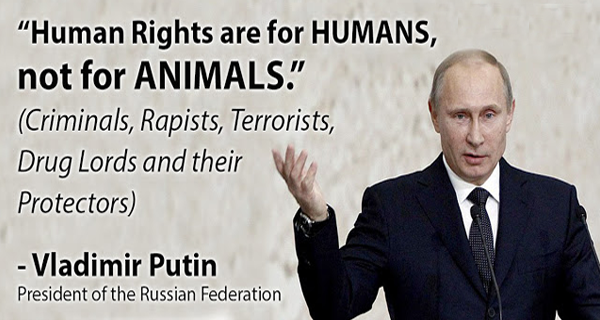 If anyone has the power to change the future of our planet, it’s Vladimir Putin. From what we’ve seen so far, it’s unlikely his influence on that future will be a positive one.