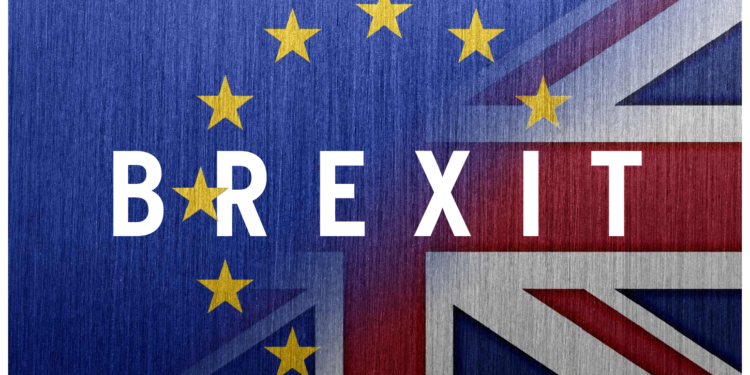 To everyone living in the EU, Brexit was at the time a big hassle that upset the EU marketplace and continues to draw an occasional spotlight to this day. To the people of the UK, it’s an ongoing nightmare of uncertainty, financial instability and political ping-pong. Today we’re going to talk about how the Brexit came to be, what the ramifications were for the UK and EU and what we can expect in the future.

Anti-EU sentiments were not new to the UK. Ever since the formation of the European Communities (EC) there have been anti-EU political wings in the UK. In fact, one of the two biggest parties in the UK, the Labour Party, ran on leaving the EC in the 80’s, but suffered such a devastating political loss that they changed course. Since then the UK’s political establishment had been pro-EU, though some dissenting voices would remain.

In 1993, the UKIP party (UK Independance Party) was founded. This was a hard-right political party whose focus was on stirring anti-EU sentiments among the population, primarily by focusing on immigration. That is to say, the party’s message was primarily xenophobic, warning against the threat of criminals migrating out of the poorer eastern-European countries and leeching off of the welfare state in the UK. This in addition to trying to appeal to anti-Muslim sentiments by pushing for policies that would stop refugees from the Middle East from coming into the UK.

Whether due to xenophobia or an anti-establishment wave, the UKIP party ended up becoming one of the powerhouses of politics in the UK post-2014. Under Nigel Farage it managed to get a significant portion of seats in the UK’s government in 2014 and managed to get a majority of the seats in the 2015 European elections. UKIP then began to from the established political parties what it had wanted since its inception: A referendum for leaving the EU.

David Cameron, the prime minister of the UK at the time, was forced into a precarious position. He had been in a similar position from 2011-2013, when he vetoed the same “Leave/stay with the EU” referendum, after which he was continuously pushed to justify his decision. As, presumably, Cameron didn’t want to give his opponents more ammunition, he agreed to allow a referendum, much to the joy of anti-EU groups.

This resulted in a fierce campaign between the political establishment and anti-EU groups led by UKIP. Adds related to the referendum were everywhere, from TV to billboards to the radio and the internet. This also resulted in the infamous “Breaking Point” poster created by Nigel Farage. 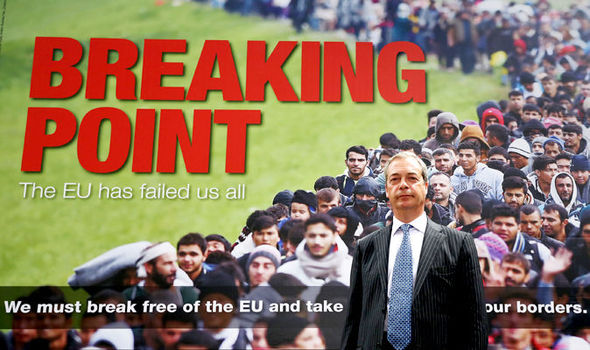 Regardless of intent, Nigel Farage and his party were accused of stirring racist sentiments in the population to get what they wanted. David Cameron tried to be the voice of reason as he campaigned against a Brexit. Unfortunately, he speeches where he warned of the economic problems the UK would face after it left the EU did not manage to sway enough people. The results of the referendum was 51.89% in favor of leaving, 48.11% in favor of staying.

Following the referendum, David Cameron announced that the people had spoken and the UK would leave the EU.

The value of the British pound sank by about 15%. It was such an enormous loss of value that the UK sank from the 5th largest economy in the world to 6th place. This is because a great deal of businesses in the UK relied on the trade deals the UK automatically benefited from by being in the EU. Many such businesses entered a state of panic as they either attempted to move their assets back into the EU or demanded more certainty from their government. This caused a crash in the stock market, which in turn affected the value of the pound.

Similarly, migrants from the EU in the UK suddenly found their future to be uncertain. When the UK leaves the EU the open borders between the two might disappear, which means migrants in the UK may face immediate deportation.

One positive note that anti-EU parties tried to spin around the issue was that now the UK no longer had to pay “55 million a day, just for membership” to the EU. However, these parties had twisted this information to suit their own narrative, as the actual number was significantly lower and did not include all of the economic benefits the UK got from being a member. It also did not take into the account the billions the UK would have to spend over the next years to renegotiate trade deals and foreign policy once out of the EU.

David Cameron announced his resignation soon after the referendum, despite a formal letter he had received from opposition parties prior to the referendum, which demanded he stay in his position regardless of the outcome. However, Cameron probably understood that doing so was political suicide. He chose to resign rather than become the scapegoat of the years of malaise that would follow.

It was expected one of the main proponents of the Brexit would succeed Cameron, namely Boris Johnson. However, he, along with Nigel Farage and several other ranking members of the UK’s government resigned immediately following the referendum. The very people who helped bring about Brexit were, as the popular saying went, “fleeing like rats from a sinking ship.”

Many might ask the question: “Why leave at the moment of their triumph?” Some would say the UKIP party wasn’t in a position of power anyway, and wouldn’t have a say in how the Brexit was negotiated. Or perhaps that these gentlemen had achieved their one goal and thus had no reason to stay.

In my opinion, the real reason they left was simple: These men, Nigel Farage, Boris Johnson, Dominic Cummings and others had extensively campaigned for Brexit with themselves as mascots. At the time it was great publicity and no doubt helped them gain the power that they had, but it also meant that the people of the UK would undoubtedly associate them with the many problems that would follow. Brexit came loaded with a mountain of problems, and they knew who the people would blame.

That’s why they and many other officials chose to resign immediately. The idea of Brexit helped them sway voters on their side, but the issues that came with an actual Brexit would cost everyone associated with it their political careers. Even if you disagree on the reason why these people resigned, the fact remains that the UK was about to face trying times that these men helped bring about, and they weren’t going to do their part to help the UK get through. 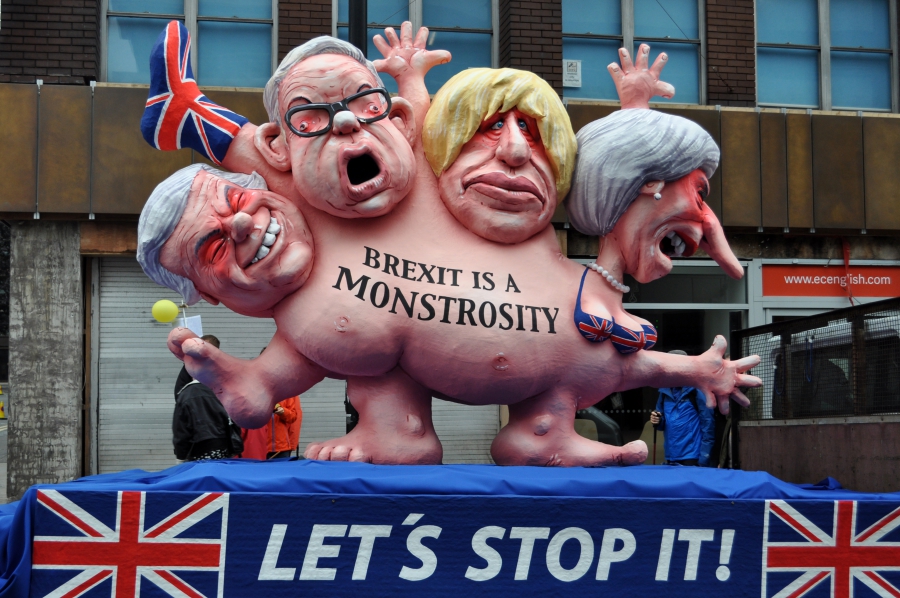 Ramifications in the rest of the EU and UK unity

Anti-EU groups in the UK hoped to see a cascade of referendums occur throughout Europe where so many member states would opt out of the EU that the organization would collapse. However, the opposite occurred. The rest of the EU looked at the financial and political instability that now plagued the UK and collectively said no.

Though anti-EU movements continue to exist in other European countries, it doesn’t seem like there will be any other exits from the EU for the time being.

However, one of the most dramatic consequences of Brexit is in nations within the UK. The citizens of both Scotland and Ireland voted to remain within the EU, so where does that leave those two members of the UK? Right now it appears as though England and Wales will drag them against their will into the Brexit. Both Scotland and Ireland (the latter especially) expressed they are considering leaving the UK, depending on how Brexit negotiations proceed.

This, ironically, would be a major blow to the stability of the UK, something that the people who engineered Brexit undoubtedly would not have wished to see happen. However, the people have spoken on both sides of the UK. If the people of England and Wales voted for the Brexit and their vote was made law, then the votes of those living in Ireland and Scotland cannot be ignored.

Though Brexit is two years behind us, the instability it has created continues to influence not just the UK, but all of the EU. Even now trust in the marketplace within the EU continues to fluctuate as the Brexit negotiations proceed. Students and migrants in the UK are uncertain whether they’ll be able to stay, while business in the UK are preparing to bail if they cannot continue trade with the rest of the EU.

However, the struggling economic recovery from the Brexit is not necessarily the worst problem the UK will face in times to come. After all, the UK might’ve agreed to a Brexit, but that doesn’t mean the British picked up their islands and dropped them further into the Atlantic. The UK will continue to be affected by events in the EU, but now, they have given up their seat at the table. They no longer get a voice in what the rest of the EU does, and that is undoubtedly the most devastating consequence of the Brexit.